Regarding the French road transport sector, the trend is towards a recovery in activity, but this does not constitute a return to normal.

This is reflected in adecrease in the number of trucks at a standstill, 7% of the French fleet in June compared to 59% in March, and a decrease in the proportion of drivers on short-time working (2% last July).

The impact of the health crisis on the turnover of transporters follows the same curve and the decline in turnover of companies in the sector was on average 27% in May 2020 against 48% in March 2020.

In this regard, the FNTR notes, in its economic survey for the 2nd quarter of 2020, that economic activity is less significant than it was before the crisis, resulting in a proportion of road transport units at a standstill of 5%.

From an operational point of view, the various actors in the sector are now able to ensure minimal activity while respecting the procedures specific to the Covid epidemic19 ; however, these procedures may cause some difficulties and delays

The curve for container shipments is also indicative of the upturn in world activity that began in June and continued in July and August. 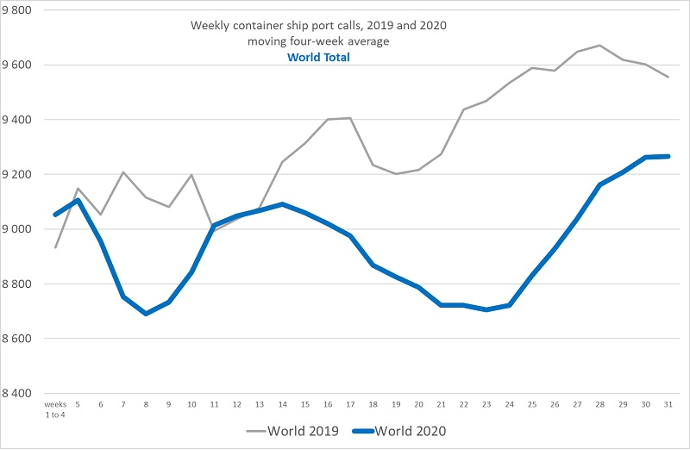 This rebound in activity has not been similar in the main European ports, as shown by the graph communicated by the Port of Antwerp at the beginning of September. 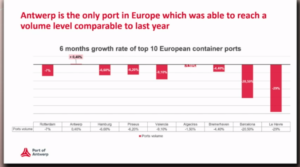